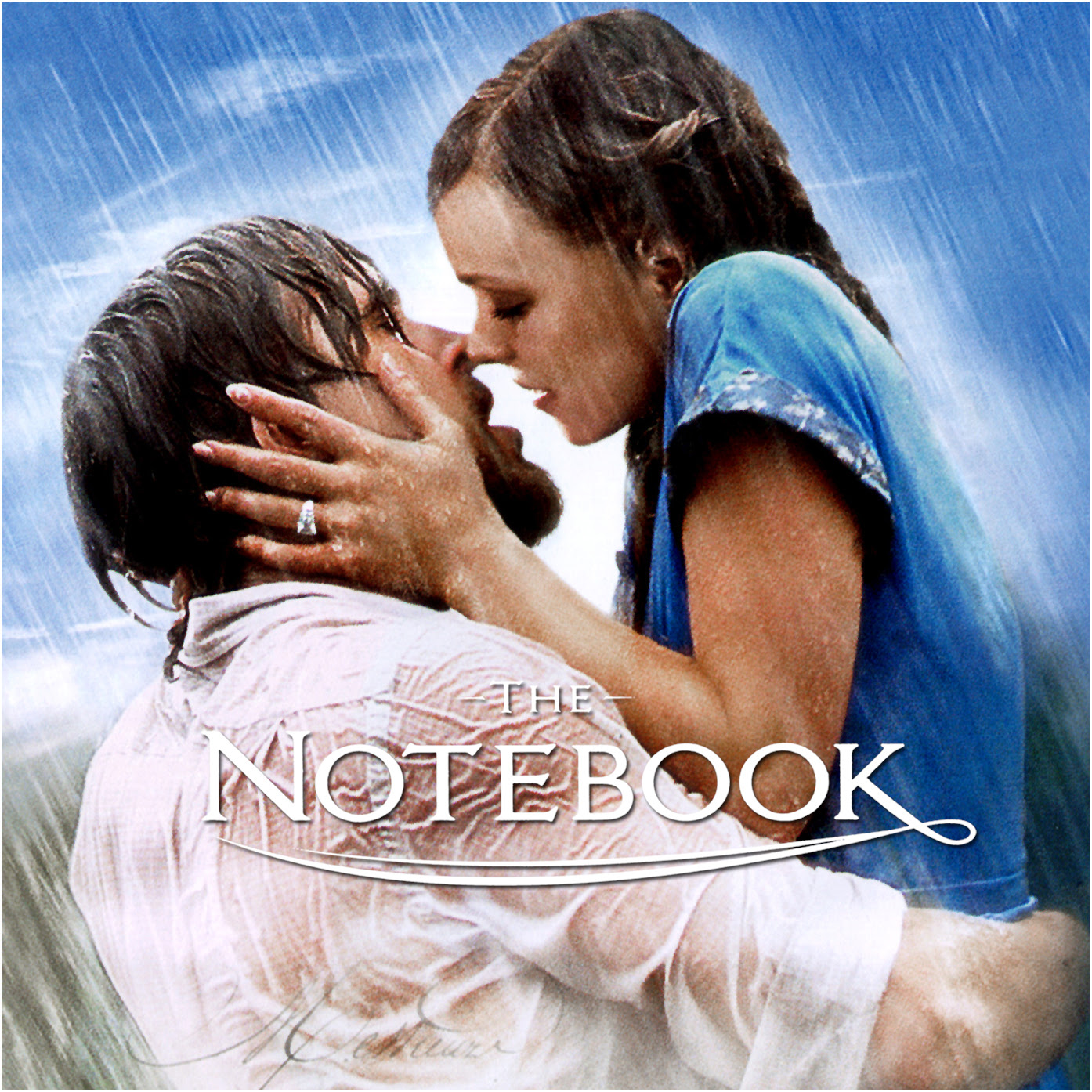 The Notebook is based on one of the most beautiful romantic story ever told. A novel by the the legendary Nicholas Sparks. The movie first takes you to a nursing home where an elderly man opens an old Notebook and reads out romantic tale to her fellow patient, an old woman. The story is about a local country boy who falls in love with a heiress one summer but they are soon separated by the girl’s parents as they thought of the boy as trash.
The Girl, Allie, then moves back to his house away from Noah leaving only the memories and promises of teenage love behind.
Noah enlists for the army to fight in World War II where Allie becomes a volunteer nurse in a hospital for wounded soldiers, where she meets an officer named Lon Hammond, Jr. a young lawyer who is handsome, sophisticated, charming and comes from old Southern money. The two eventually become engaged, to the delight of Allie's parents, but Allie sees Noah's face when Lon asks her to marry him. 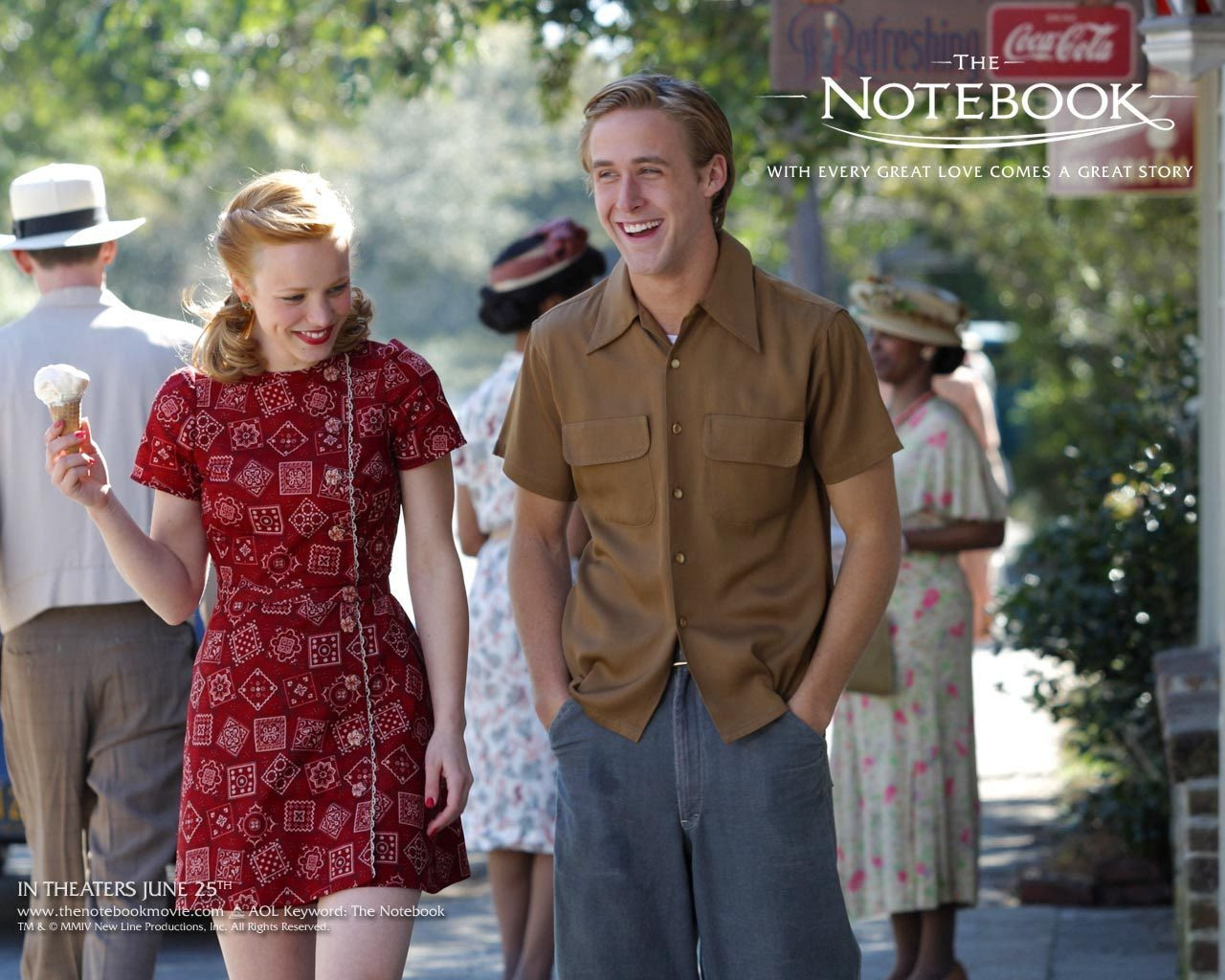 When Noah returns home from the war, he discovers his father has sold their home so that Noah can buy the abandoned house, fulfilling his lifelong dream to buy it for the departed Allie, whom by now he hasn't seen for several years. While visiting Charleston, Noah witnesses Allie and Lon kissing at a restaurant; he convinces himself that if he restores the house, Allie will come back to him. Later, Allie is startled to read in the newspaper that Noah has completed the house, and she visits him in Seabrook.
In the present, it is made clear that the elderly woman is in fact Allie, who is suffering from dementia and cannot remember any of the events being read to her. Duke, the man who is reading to her, is her husband, but Allie cannot recognize him.
Back in the forties, Allie returns to Seabrook. She and Noah renew their relationship and make love at Noah's now restored house. In the morning, Allie's mother appears on Noah's doorstep, warning Allie that a jealous Lon has followed her to Seabrook. Allie confesses to Lon that she has been spending time with Noah. He is upset but says that he still loves her. Allie tells him she knows she should be with him, but she remains indecisive.

In the present, Allie becomes briefly lucid and remembers that the story Duke is reading is the story of how they met. Young Allie appears at Noah's doorstep, having left Lon at the hotel. Elderly Allie suddenly remembers her past; after finding out about her illness, she herself wrote their story in the notebook with instructions for Noah to "read this to me, and I'll come back to you". But Allie soon relapses, losing her memories of Noah. She panics, not understanding who he is, and has to be sedated. That same night Noah is hospitalized with what seems to be another heart attack.
When released from the hospital, Elderly Noah ("Duke") goes to Allie's room to find her lucid again. Allie questions Noah about what will happen to them when she loses her memory completely, and he reassures her that he will never leave her. She asks him if he thinks their love for each other is strong enough to "take them away together"; he replies that he thinks their love could do anything. After telling each other that they love one another, they both go to sleep in Allie's bed. The next morning, a nurse finds they have died in each other's arms. 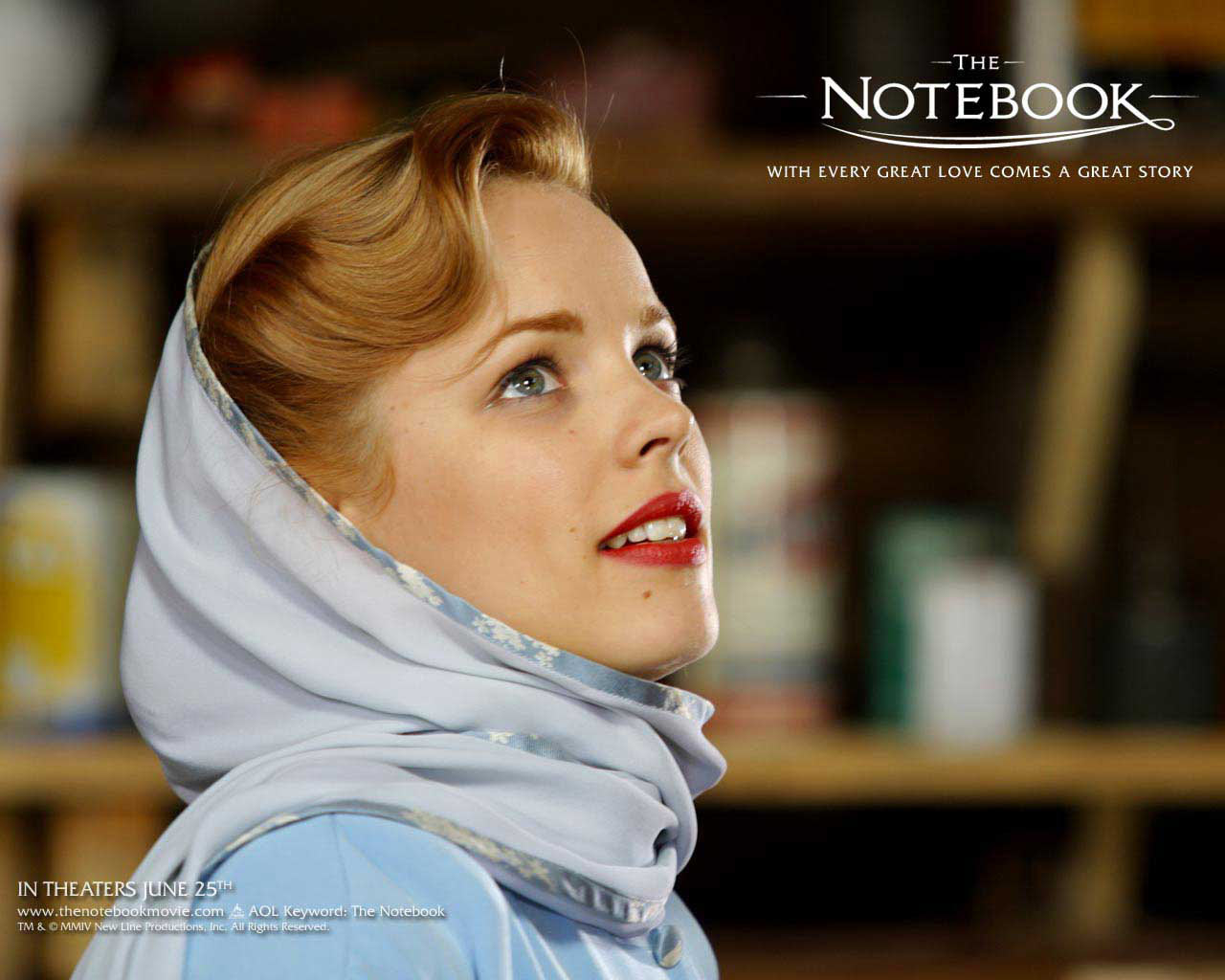 This movie is undoubtedly one of the most heart touching lovestory till date. The beauty lies in the story where two soulmates are separated for no other reason than society barriers. But love finds its way.
If you ever want to see a flawless example of a movie which is redeemed from mediocrity solely through the cast, there is hardly a better one than this.
Noah and Allie being the most awesome couple and Nick Cassavetes being the greatest director created something worth watching with your partner but be sure to stack a pile of tissue papers.
This movie has set a trend of Notebooking people as an alternative of emotional blackmail.
But still the ratio of enjoying a heavy movie like this one depends deeply on viewer’s mood. If you’re not in for teary climax, this one isn’t for you.

The Notebook has moments which makes it memorable and the magic doesn’t die even after watching it again and again.
A potently rich story about the power of love, The Notebook is heartbreakingly beautiful and achingly real.

Notebook is not about How you get your Love, its all about How You Keep It.

From performances to music to dressing each and every detail is perfect. Well for me it is.
So without further ado I would rate this one of my favorite: